This concludes the 2014 version of Tom Thomson: Journal of My Last Spring. I want to thank everyone who has followed, or more importantly, believed and joined in on my adventure.

If all goes to plan I return in real time on November 28th, 2014 (98 years on from 1916). During the interim I will be tweeting or adding journal entries intermittently. There exist numerous sad and angry letters exchanged during the summer and fall of 1917. I hope to post these letters. I will also tweet sketches or anything that is interest to Tom, including anything that you bring to my attention . I remind you that there  are still lost clues and sketches out there to be found. The mystery continues and I welcome the continuing conversation.

If you’ve enjoyed Tom Thomson’s Last Spring, I’d love to know. Tweet to me, mention me or send me an email at ttlastspring@gmail.com .

I can’t predict what will happen next year. Something, to be sure. 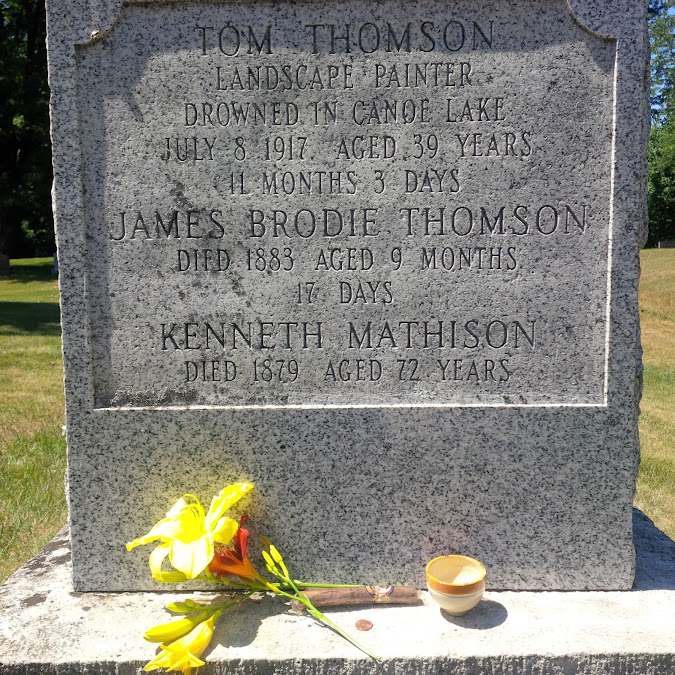 As entered by Reverend P. T. Pilkey in the Knox Presbyterian Church Register of Deaths