It was Saturday morning breakfast this morning. On Saturdays, Annie likes to put on a bigger selection than the other days of the week. On Sundays she likes to have a humble breakfast, while on weekdays it’s more of a simple working man’s breakfast. Today it was pancakes, bacon, brown beans and maple syrup (Shannon’s maple syrup and it still tasted funny)

I found out there was a crisis in the barn this morning. Annie went out to milk the cow and could get nothing more than a yellowish puss from it. She came back in a panic and Shannon went out to try to milk the cow. After some swearing and a few kicks (both by Shannon and the cow) nothing came out, except for the ooze. It was mastitis. The cow had mastitis. It’s a nasty infection in the udder that turns the milk pretty much into cheese. The cow’s udder was rock hard and it looked in pain. It wasn’t just one quarter, it was all four quarters that were infected. This cow wasn’t going to be long for this world, and a surfeit of old cow stewing beef would be in short order.

That meant Shannon needed milk for the week. In a pinch he could borrow some from the Colsons, but he’d have to start ordering from Renfrew. Grocery shipments came in on the Friday train. They had a special ice-car to ship milk and butter but it only came once a week. You had to place your mail your order in on Monday, and it would arrive on Friday. That meant almost a week of milk rationing. We could make do with cans of Klim (evaporated milk) that was left over from last season.

A few things about the rail services here in the Park. Mail and newspaper delivery was about as good as it gets. Ironically, being in the wilderness here, we had better connections to the outside world than most of the province. The rail stations had telegraphs, Park Headquarters and the Rangers’ cabins had telephones. You could phone to New York, Ottawa and Toronto – if you had friends on the other end with a telephone. They were still pretty new and most business was still done by mail and telegraph. Mail was especially efficient. I could send a letter by noon the one day, and it would be in Toronto or Owen Sound by noon day after next.

Food shipments were another matter. The railwaymen treated food shipments as their own traveling buffet. They would help themselves to the sausage, butter and fruit as they saw fit and to cover their tracks they would feign an unloading accident on the station platform. Once Shannon returned thoroughly enraged, when his orange crates were busted and all of his oranges had rolled down the hill into the lake. In his rage, he neglected to notice that he was missing several pounds of butter, links of sausages and milk. Annie noticed this when she reconciled the shipment with the order but by that time it was too late. As a result of the unreliable food shipments, the Frasers try to order as little as they can or food that takes some effort to steal and prepare – like bags of potatoes or flour. But they needed milk, so they had no choice to start ordering again.

I went sketching in the early afternoon. It was spring in the openings, but it was still as much as winter in the woods. I went due west into the bush and came across a grove of young maple saplings growing beside a pine stump. The stump was over 3 feet in diameter, so the fate of this tree (from many years ago) would have been a mast for a tall ship. You could see the maples were competing for the light and were growing as tall and quickly as they could. Only a few would survive into maturity. I couldn’t help but relate this to Vimy and the boys overseas. Thousand had to die, so only a few fat old men could benefit in their armchairs. Like a lumber baron or an industrialist.

When I returned, the consumptives were out on the porch. It was a miserable day for them. The cold wind was coming straight at them from across the lake ice. One of them was in tears and wanted to go back in. But Shannon wouldn’t let them. He had to follow the doctor’s orders or he wouldn’t get the extra doctor’s allowance they paid him. Fortunately, Molly Colson came by to check up on them. While she is a hotel proprietor, she is a nurse too. She has an arrangement with George Bartlett to keep an eye on the sick and be ready in case on an emergency. She’s delivered babies in snowstorms, mended broken limbs in lumber camps, and now, treating the infirm at Mowat Lodge.

Shannon was happy he didn’t have to pay her any money, but he did send her off with a jug of this maple syrup. The faster he can get rid of the stuff, the better. 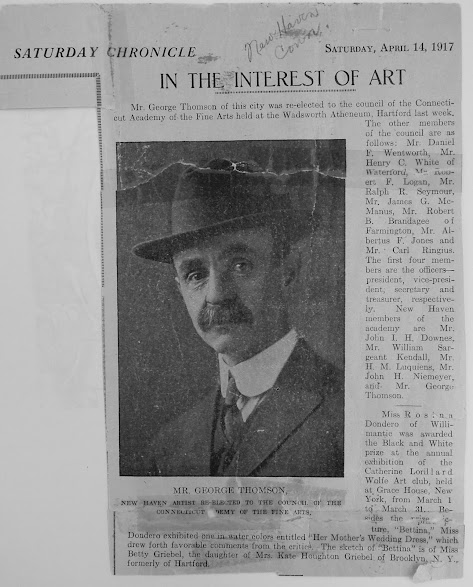