July 8th, 2017 will the 100th anniversary of my mysterious disappearance and apparent death on July 8, 1917. This anniversary is less than two years away. 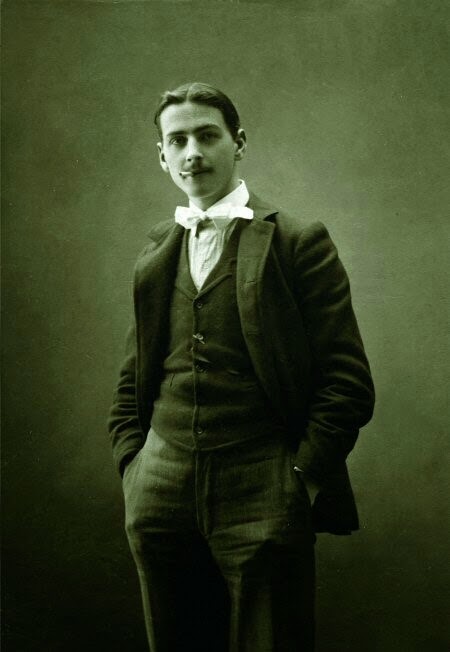 Almost four years ago I appeared on Twitter on November 28th, 2011 as @TTLastSpring  reliving my last days of 1916-17. I had returned from Up North to Toronto, a city that was grey and weary from losing its sons in the Great War. I remember my very first tweet, remarking on how dreary it was that November day.

As any good ghost would tell you, I am bound to repeat the cycle until the mystery is resolved. Soon I will be going into my fourth cycle which I plan to repeat annually until the fateful sequence of events repeat once again, 100 years on, in 2017.

For those of you new to my story, here is an overview of my annual haunting cycle. At unpredictable points during the haunting cycle I occasionally step out of the past and appear at museums, galleries or other significant historical locations. You never know, one day, you too might be standing beside the ghost of Tom Thomson.

August 1916 –  I am fire-ranging (and trying to paint) in the eastern end of the Park. Along with Ned Godin, we are following the log runs and the lumber crews on the Petawawa.

September –  November 1916 After being fired from my fire-ranging job, I gradually make my way westward through the Park. I camp as much as I can, but as the weather turns colder I begin to gravitate toward Mowat Lodge as my base. I make a few trips to Huntsville and Georgian Bay. In mid-November, with the colder temperatures and poorer weather, I begin to feel the pull to return to the City.

November 28, 1916. My first tweet in the City. I’ve been back for almost two weeks, but it takes me those two weeks to get myself back into a frame of mind to do something.

December 1916 – March 22, 1917 My time in the City. Mostly spent in the Shack, painting keeping to myself, but I do manage to get out to see a few pictures, theatre shows and boxing matches. Over the holidays I visit my family in Owen Sound, see my old homestead in Leith, and visit my sister and brother-in-law in Annan. Upon returning to Toronto, I throw myself into painting, have some uncomfortable encounters with returned veterans and girls from the White Feather Brigade. On top of that, Toronto is dry, and the only booze available is by bootleg, prescription, or mail-order from Montreal. Several pivotal events during the period compel me to return as soon as I can up North to complete the project of my last spring.

March 23, 1917 – July 8, 1917 Unbeknownst to me, my last months and days in Algonquin Park. The Park is no longer a refuge but a microcosm on the edge of the Machine of War. While I am sketching, the War is hanging over the horizon: the whistle of troop trains, the constant talk of conscription, and the return of my good friend, Park Ranger Mark Robinson, with first-hand accounts of the useless carnage of War. The Frasers, the Trainors, Lowrie Dickson, Geo. Rowe and the Colsons, together, we become a close community despite our petty conflicts and peculiar predilections. Of course, there are the women too, Daphne, Florence, Fannie, and other women visitors I can’t recall right now. The tensions and intrigue all build up to that fateful day on July 8, 1917.

July 8 1917 That fateful day where I am last seen leaving the dock at Mowat Lodge around noon.

July 16, 1917 to July 21, 1917 The roller-coaster events of a gruesome discovery, a sham autopsy, a hasty burial, and a series of well-intentioned but ill-thought-out actions that turn out be string of indignities to my name and the members of my family. Everyone is led to believe that I am laid to rest in Leith. If that were truly the case, I would not be writing this very entry.

The cycle concludes with an series of heart-wrenching letters between members of my family and residents of Canoe Lake hiding a secret. It’s this secret, yet to be unveiled, that keeps me haunting to this day.

I appear in the real world to read my journal entries. I’ll be in Huntsville on September 26th, 2015 8pm at the statue, You can find more details here.

I remain yours truly,